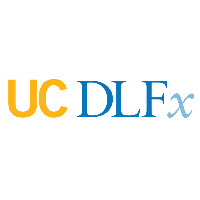 The area around UC San Diego has too many restaurants to list - here's a selection of some worthy spots.

Dining at university centers, including the Price Center - lots of fast food choices.

Hops and Salt - burger and beers, located near the RIMAC sports complex

In the Nearby Area:

Mustangs & Burros - located in the Estancia Hotel off campus on the west side.

Westfield UTC fancy mall with many food and drink spots, so might be the best choice for an indecisive group - head over and see where the line is shortest!  A few local faves listed here, but there are more at the link.  (Transit: routes 30, 101, 150, 201, 202)

San Diego is a craft beer powerhouse.  If you're interested in visiting some breweries there is quite a concentration not too far away, along Miramar Road. No transit, but plenty of parking and not too far for Uber/Lyft.

Favorites of your local web editor?

Not up for a brewery trip? Regents Pizza, Eureka, and Draft Republic are nearby restaurants that feature a good list of local beers.